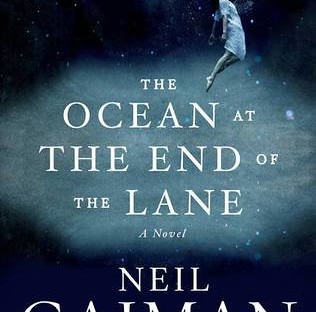 This article was originally published in Cherwell

Neil Gaiman’s The Ocean at the End of the Lane opens with an epigraph from Maurice Sendak, the author of Where the Wild Things Are: “I remember my own childhood vividly… I knew terrible things. But I knew I mustn’t let adults know I knew. It would scare them.”

Gaiman is no stranger to adopting a child’s perspective: his novel Coraline has become a macabre modern classic in the sphere of children’s literature, and The Graveyard Book won him the Newberry Medal.

But where Coraline and The Graveyard Book use children to explore a twisted underbelly to the world which adults cannot see, The Ocean at the End of the Lane allows Gaiman’s narrator to straddle the perspective of the child and the adult, and then to blur the divide between them.

The narrative ‘lens’ which Gaiman employs generates a warped and fogged-up image, a series of events presented to the reader by way of the narrator relating his experiences as a child. In the novel, the nameless narrator returns to his childhood hometown for a funeral, and while he is there, he starts to remember a series of strange events that unfolded when he was a child.

The narration switches to a flashback, told by the narrator as a seven year old boy. When, at the end of the novel, the narrative returns to the present day and the narrator begins to drive away from his hometown, the memories fade away once more.

Despite its classification as a dark fantasy novel, Neil Gaiman claims the novel was inspired by events from his own childhood. The theft of the protagonist’s father’s car, for instance, is based on an incident in Gaiman’s own childhood – and thus The Ocean at the End of the Lane functions as a quasi-autobiographical work.

This basis in self-reflection manifests itself in the narrative exploration of the peculiar journey toward ignorance that comes with growing from child into adult. The climactic moment of the novel comes when the narrator sees his friend, Lettie Hempstock, sacrifice herself for him and enter a permanent, death-like trance. The young boy is then put under a spell that leads him to forget the events that have occurred and instead believes Lettie has simply moved to Australia.

When the narrator returns home years later, he slowly remembers the truth, only to forget it again upon leaving. This ebb and flow of the truth is intrinsically linked to the narrator’s proximity to and connectivity with his own childhood, a fact representative of Gaiman’s subversion of the archetype of childhood as a state of naïvité. Under Gaiman’s direction, childhood is clear and adulthood obscure. Childhood is a perspective bereft of the clouds. Without the clouds which come when we know what’s normal, childhood is the lens through which trauma, otherness, and “terrible things” can be seen clearly and examined. In short,

The Ocean at the End of the Lane allows Gaiman to demonstrate how adulthood functions as a way to forget what childhood cannot. He uses childhood to expose the real world hidden within the cracks, to tell the truths that adults have forgotten how to face.

22 year old writer based out of Los Angeles. Profile pic from lully. View all posts by Meha Razdan